CREA > About > Board of Directors > Tim Syrianos 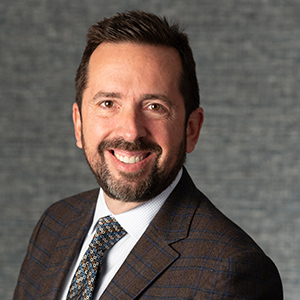 Since entering real estate in 1989, Tim Syrianos continuously strives to take in and learn as much as possible about his chosen industry. Along the way, his dedication and efforts also did not go unnoticed as Tim became the recipient of numerous volunteer and achievement awards. In 2007, he became the owner and broker of record of RE/MAX Ultimate consisting of three locations and more than 250 real estate professionals in central Toronto. His knowledge and expertise have been sought after as an industry speaker and has been featured in numerous media interviews including newspaper, radio and TV. Tim has served as part of the Toronto Regional Real Estate Board’s (TRREB) Board of Directors between 2012 until 2019, the Ontario Real Estate Association’s Board of Directors and was President of TRREB in 2017.