Ottawa, ON, May 15, 2020 – Statistics released today by the Canadian Real Estate Association (CREA) show national home sales and new listings fell by more than half in April 2020 compared to March. 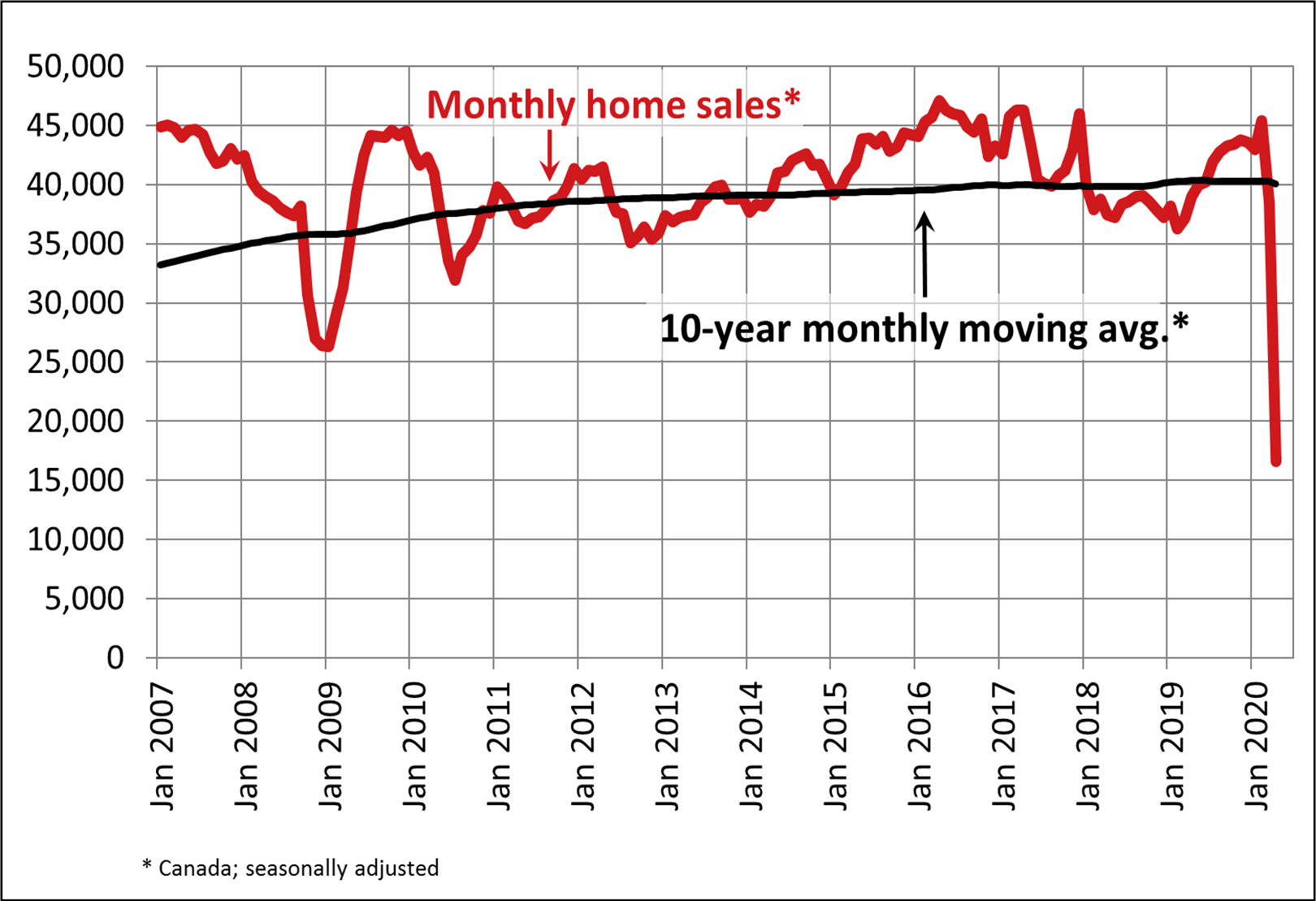 Home sales recorded over Canadian MLS® Systems dropped by a record 56.8% in April 2020 compared to an already weakened March, with a majority of sellers and buyers having seemingly moved off to the sidelines during the COVID-19 lockdown.

Actual (not seasonally adjusted) sales activity dropped by 57.6% on a y-o-y basis, marking the lowest April sales figure since 1984. Similar to the m-o-m changes above, declines in the biggest markets were clustered in the 55%-70% range.

“Never in our recent history have we dealt with such widespread effects of a pandemic that limit everyone’s day to day life and have forced all of us to pivot and adjust to our new reality,” said Costa Poulopoulos, Chair of CREA. “REALTORS® across the country continue to comply with all government directives and advice to keep their clients safe. We’ve adopted new technologies allowing us to continue showing properties virtually as well as completing all necessary documents. REALTORS® remain your best source for information and guidance when negotiating the sale or purchase of a home in these unprecedented times,” continued Poulopoulos.

“Like so many other parts of normal daily life, a lot of buying and selling activity in housing markets across Canada has been put on pause,” said Shaun Cathcart, CREA’s Senior Economist. “That said, preliminary data for May suggest things may have already started to pick up a bit for both sales and new listings, in line with evidence that new and existing virtual technology tools have been adopted by REALTORS® and their clients. These tools have allowed quite a bit of essential business to safely continue, and will likely remain key for some time.”

The number of newly listed homes declined by 55.7% in April compared to March. As with sales activity, declines were recorded across the country.

With sales and new listings once again falling by similar magnitudes in April, the national sales-to-new listings ratio edged back to 62.4% compared to 64% in March and 65.4% in February. While this is down slightly, the bigger picture is that this measure of market balance has been remarkably little changed considering the extent to which current economic and social conditions are impacting both buyers and sellers. That said, depending on the extent to which sales and new listings have fallen in various local markets, the sales-to-new listings ratio at the local level has been extremely volatile.

There were 9.2 months of inventory on a national basis at the end of April 2020, up from 4.3 months in March. That said, it is important to point out that the jump in this measure reflects the fact that sales were expected to fall right away in this situation; whereas a stock variable like active listings would be expected to fall much slower, even if it was falling at the fastest pace on record as of April. Anecdotal evidence suggests many sellers who already had homes on the market before mid-March may have left the listings up for now but drastically curtailed the extent to which they were actively trying to sell during the lockdown. Going forward, many of these listings will simply be allowed to expire or may be withdrawn. As such, we may see this measure of market balance head back down in the months ahead. 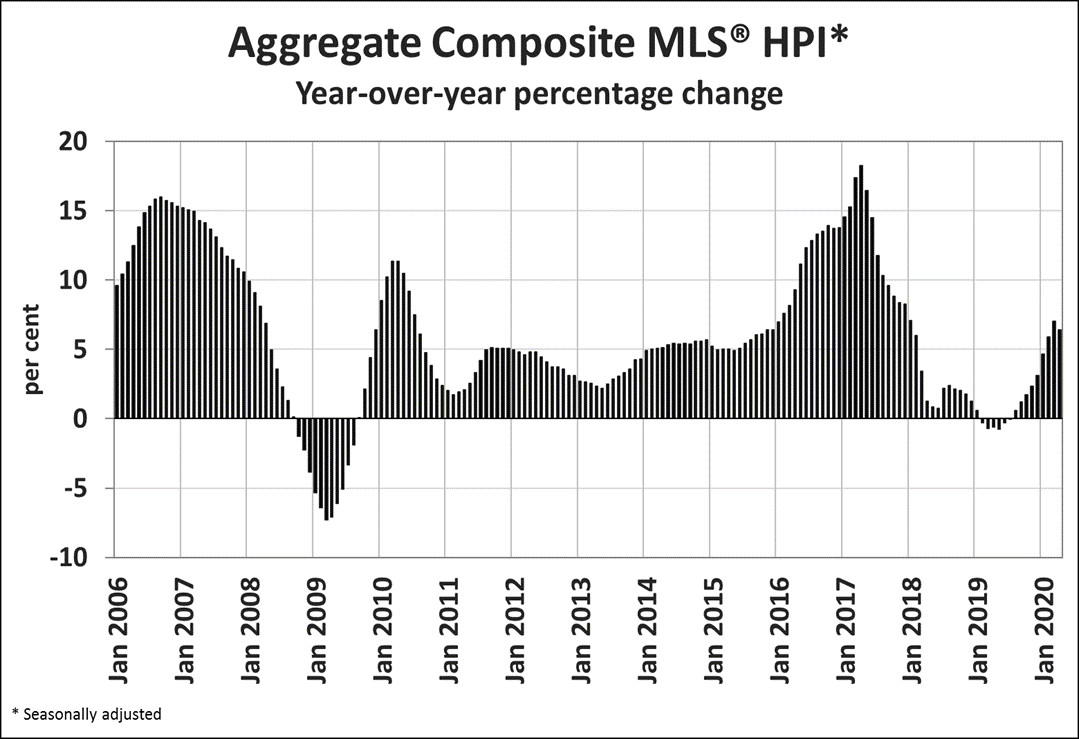 The Aggregate Composite MLS® Home Price Index (MLS® HPI) declined by 0.6% in April 2020 compared to March, the first decline since last May. While some downward pressure on prices is to be expected, the comparatively small change underscores the extent to which the bigger picture is one where so much activity on both the selling and buying side is currently on pause.

While prices still managed gains in some of the parts of the country that had been poised to be extremely strong sellers’ markets this spring, gains did slow. Prices were flat or down in a majority of markets in April compared to March.

The actual (not seasonally adjusted) national average price for homes sold in April 2020 was just over $488,000, down 1.3% from the same month the previous year.

In the months ahead, the extent to which sales fluctuate in these two markets in particular could have large effects on the national average price, both on the way down and the way back up.