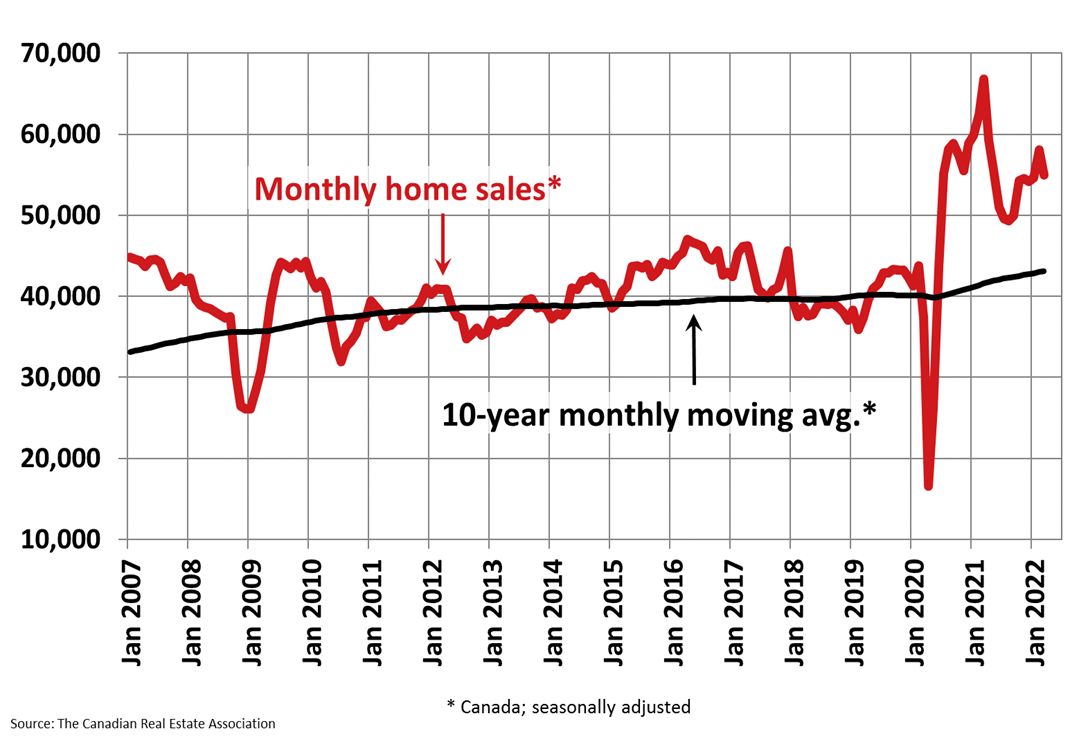 Home sales recorded over Canadian MLS® Systems fell back 5.4% between February and March 2022. The decline puts activity back in line with where it had been since last fall.

Sales were down in about half of local markets in March, led by declines in the Greater Toronto Area (GTA) and Calgary.

The actual (not seasonally adjusted) number of transactions in March 2022 came in 16.3% below the all-time record set in March 2021. That said, as has been the case since last summer, it remains the second-highest level on record for that month.

“While the market remains historically very active, March definitely saw a slowdown compared to February in terms of both activity and price growth,” said Jill Oudil, Chair of CREA. “One month does not make a trend, so we’ll have to wait and see if this is the beginning of the long-awaited cooling off of this market. Your best bet is to contact your local REALTOR®, as they have the information, knowledge and guidance you’ll need if you are planning on entering the market in 2022,” continued Oudil.

“It was good to see a moderation in the housing markets in March, given so many observers were dreading another year of price gains like we saw 2021,” said Shaun Cathcart, CREA’s Senior Economist. “There were a number of measures announced in the federal budget to help aspiring home buyers, the biggest being getting more housing built. That is the obvious long-term solution to this issue because we all need to live somewhere. In the near-term, the Bank of Canada will do the heavy lifting in the months ahead to slow things down on the price side. Unfortunately, that won’t really do anything to help affordability. Quite the opposite in fact.”

The number of newly listed homes fell back by 5.5% on a month-over-month basis in March following a jump in February. The monthly decline was led by Greater Vancouver, the Fraser Valley, Calgary and the GTA.

There were 1.8 months of inventory on a national basis at the end of March 2022 — up from a record-low of just 1.6 months in the previous three months. The long-term average for this measure is more than five months.

The Aggregate Composite MLS® HPI was up 1% on a month-over-month basis in March 2022 – a marked slowdown from the record 3.5% increase in February. 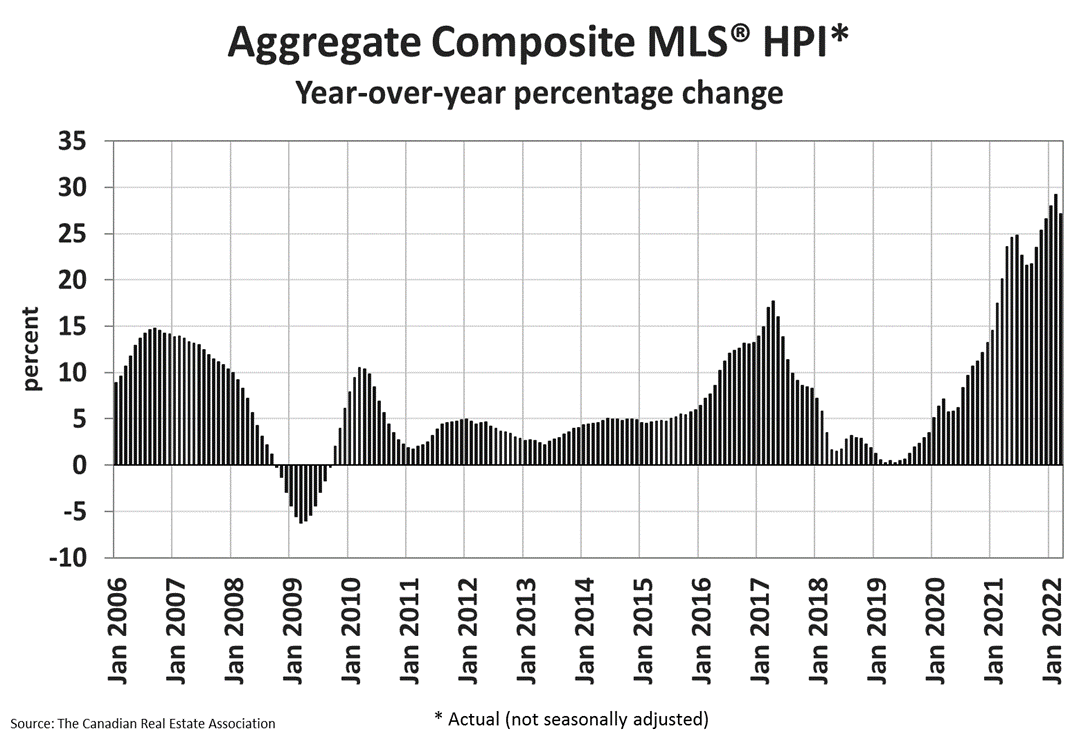 The non-seasonally adjusted Aggregate Composite MLS® HPI was up by 27.1% on a year-over-year basis in March.

About The Canadian Real Estate Association

The Canadian Real Estate Association (CREA) is one of Canada’s largest single-industry associations. CREA works on behalf of more than 150,000 REALTORS® who contribute to the economic and social well-being of communities across Canada. Together they advocate for property owners, buyers, and sellers.